Because of its simplicity in coding and powerful features, it works brilliantly for both beginner to experts. In this series of Python programming tutorial, we will cover from basics to advanced concepts of Python in the simplest way possible.

There are many features of Python programming making it more popular among developers with every passing day.

These all success stories of Python listed in Python’s official pages are all because of these above-mentioned features of Python.

In today’s world Python is one of the most popular programming languages, with its heavy use in data science to small scripts.

The inception of Python began in the late 1980s by Van Rossum and was implemented as a successor of ABC programming language. Van Rossum named the language ‘Python’ after the show of BBCs 70s TV series “Monty Python’s Flying Circus”.  Initially, Python was similar to Modula-3, as the module system was borrowed from Modula-3. 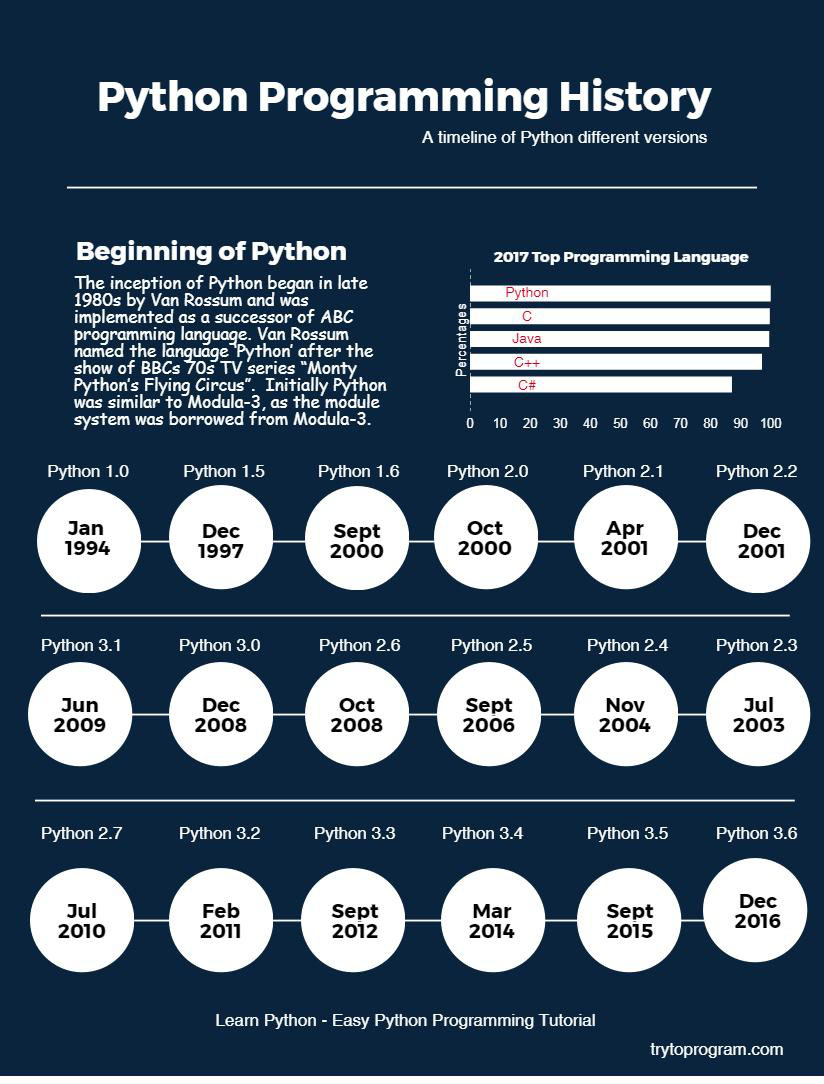 Learn in detail about the history of Python programming language.

Before knowing about Python’s application, one must know the big companies and applications that use Python programming languages.

To name a few are:

Besides these tech giants, millions of applications are built on a regular basis using Python because of its astounding simplicity in coding and many other core features.

Here is the list of software built in Python.

What is Python used for in the real world?

Well, as ironic as it sounds but the question is what is that Python is not used for in modern days. It has become favorite scripting language for programmers because of humongous libraries, package index, and community supports.

Here are the sectors in real world where Python is used dominantly and is being used more and more with every passing day. 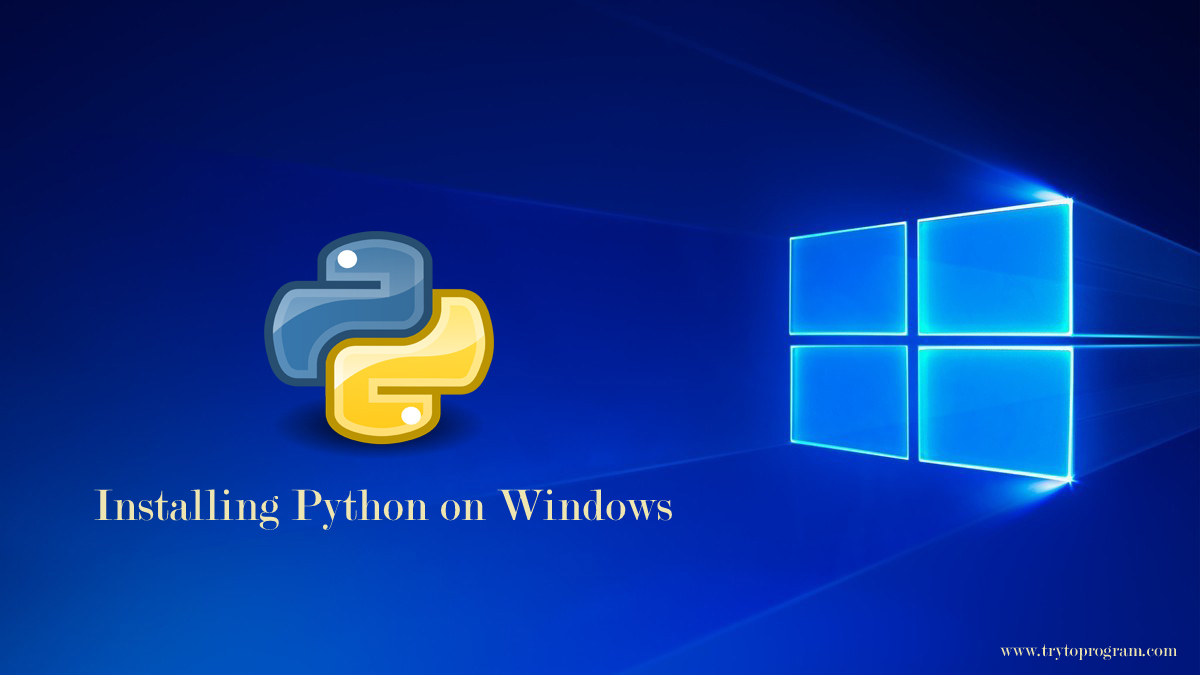 Installing Python is a simple task. Follow following steps to install Python on windows and you don’t need an external editor to write codes as IDLE comes in default while installing Python.

Step 2: Once the executable file is downloaded, click and install it following the instructions.

That’s it and you have installed Python on your windows. Now, the one thing you need is an editor to write Python scripts. But, as mentioned above Python comes with default editor IDLE.

When you open following screen will pop up.

The version of Python is also displayed in the Python shell.

We can write code and execute here but to write long python scripts and programs, we will have to open up a new window and run it. ctrl + N is the shortcut key for opening up a new window.

Here is how a new window in Python Shell looks like.

That’s all about the installation of Python in Windows.

With the installation of Python, IDLE comes as default and free which is amazing in its own ways. But, if you are working on complex projects, there are many other text editors and interpreters available which make coding in Python even easier.

Here are some of the popular IDEs for Python:

Now that you know how to install Python, let’s write a simple program to demonstrate how simple it is to code in Python and have a glimpse of programming in Python.

The first line is:

Anything followed by ## is taken as a comment in python. ## is used for single line comments.

The second line is:

This is the simplicity of python, writing code as if we are writing plain English. This will print Hello World in output console.

Here, first values are assigned to a and b and then their sum is printed. We don’t need to declare variables, instead, we can directly assign a value to them.

Hope you all have been familiar with Python programming to some extent. Besides its simplicity and elegant coding standards, Python for many more purposes has become the most popular programming language in today’s world. Especially in Data Science and Research field, Python has more dominance.