Loops are used for the repeated execution of a code until the desired condition is met. In this tutorial, you will learn about Python while loop. 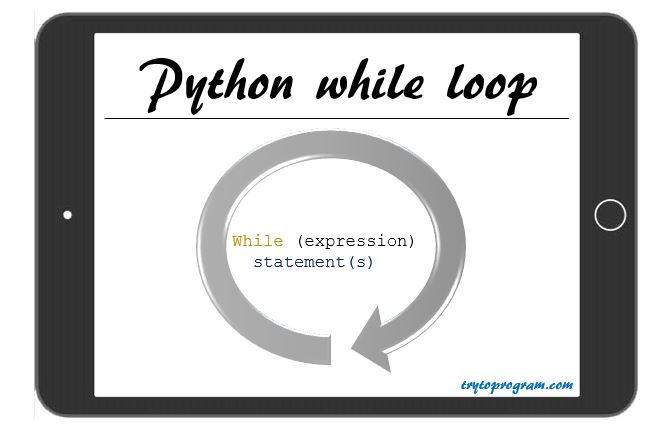 Loops are either infinite or conditional. Python while loop keeps reiterating a block of code defined inside it until the desired condition is met.

As seen in the syntax, while loop runs till the boolean expression returns TRUE. The statements that are executed inside while can be a single line of code or a block of multiple statements.

Flowchart of Python while loop 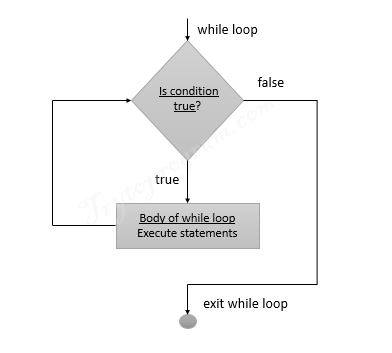 For example, following code inside the while loop will be never executed because the initial test will return FALSE.

Here in this program while loop won’t be executed because in initial test i > 8 will return FALSE as the value of i is 5.

The infinite while loop in Python

While the loop is skipped if the initial test returns FALSE, it is also forever repeated infinitely if the expression always returns TRUE.

For example, while loop in the following code will never exit out of the loop and the while loop will iterate forever.

In this example, the value of i will always be 5, so the expression will always return TRUE resulting the iteration of while loop infinitely. The program will never stop and will continue printing ‘infinite loop’ forever.

Hence, it will generate following output.

Python: Using If statement with while loop

Till now we discussed iterating a block of code in while loop until a condition is met.

For this, we can use if else statement to check a condition and break keyword to jump out of while loop even without completing the expression in while loop.

Here is the example to illustrate this.

This script will produce following output.

In above program, while loop is supposed to iterate 9 times until the value of a is less than 10.

In the first three iterations Iteration 1, Iteration 2 and Iteration 3 is printed in the console.

Hence, the flow of program jumps out of the loop before completing 9 iterations and while loop terminated is printed out in the console.

This is all about the Python while loop. In the next tutorial, you will learn about Python for loop.