In this article, you will learn about Python exception handling. You will learn in detail about the errors in Python, types of exceptions and the mechanism to handle the exceptions raised. 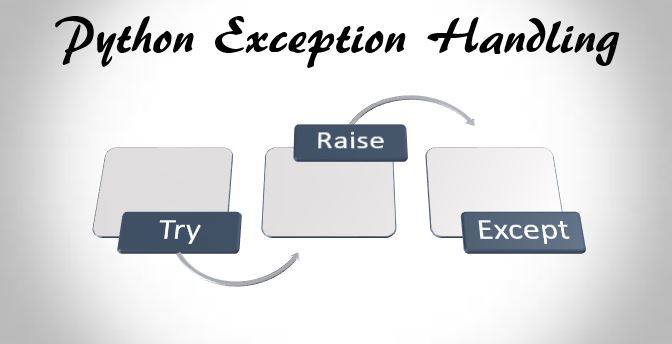 What is an Exception in Python?

An exception simply is an error that occurs during the execution of a program.

When the Python program encounters a situation that disrupts the flow of the program, it raises an exception that can be handled.

If not handled properly, the interpreter throws a traceback error along with the statements that caused that error. These exceptions prevent the program from crashing.

Here is a simple example of ZeroDivisionError.

When we write a program, there might be some possible errors that can happen down the line. If there is no backup mechanism to handle these errors, the program will simply crash.

So, Python exception handling is a mechanism in which we define a backup plan for a possible error situation.

Types of Exceptions in Python 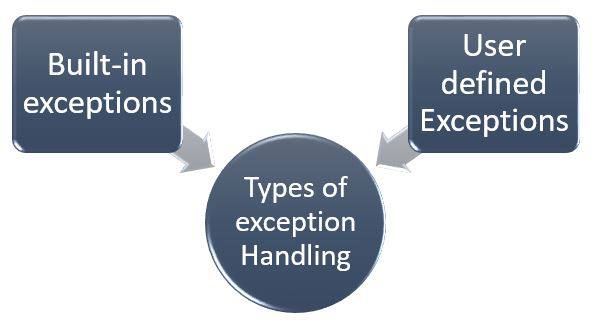 There are two types of exceptions in Python.

These built-in exceptions are generated either by the interpreter or the built-in functions of Python. The interpreter returns a string indicating the error code and the related information whenever an exception is raised.

Here is the tabulated list of some of the exceptions.

Let’s learn about how exceptions are actually handled in Python.

Handling Exceptions in Python: try, except and finally

Here is the structure of try and except statement in Python.

The try and except statements work as following.

How to define Except clause with no exception?

Defining except clause is not the better approach for any programming because such try-except clause can handle all types of exceptions and users won’t be able to exactly identify the exception raised.

Here is a simple example to catch an exception if a file we try to read doesn’t exist.

How to define Except clause with multiple exceptions?

A try statement can have multiple clauses to specify handlers of different exception. In above example, we have not defined any particular exception which is not considered good programming practice.

We can define multiple exceptions with the same except clause. Later during execution, if interpreter finds a matching exception, then it’ll execute the code written under the except clause.

How to use try-finally clause?

Beside try and except blocks, we can also use try and finally blocks together.

The finally block contains statements that must be executed whether or not the exception is caught and raised in the try block.

This is useful to release external resources and clear up the memories.

Here is the pseudo code for try..finally clause.

This will ensure that file is closed after all the operations are done with.

As the name goes by the exceptions defined by a user are called User-Defined Exceptions.

Sometimes in a program, we need create custom exceptions to serve our own purposes. Python also allows us to create our own exceptions by deriving classes from the standard built-in exceptions.

How to define a Custom Exception in Python?

We can define these user-defined class as our requirement and it’s better to place all these exceptions in a separate file for the ease.

Let’s create a user-defined exception where the program will ask the user to input a number again and again until the user enters the correct stored number.

Here we will demonstrate how to raise an user-defined exception and catch errors in a program.

Here in this program, we have defined a base class Error from which three other exceptions NegativeValueError, ValueTooSmallError and ValueTooLargeError are derived.