In this ‘C programming setting up compiler‘ tutorial, you will learn about how to install compiler to run c program on your local machine.

What is a Compiler and why do we need Compiler?

When we write a computer program, we write in human-readable formatting following the rules and syntax of the programming language. This code can be easily interpreted by a human being but for a computer to understand the code, it needs to be converted into machine-level computer-executable code.

So, a compiler is a program that processes the code statements written by a user and translates it into machine level language, that computers can easily read and process.

There are varieties of compilers available in the market and the internet. Some of the famous compilers are listed below:

Among these here are the instructions to install and use the code blocks on your computer.

Directly go to link www.codeblocks.org/downloads to download the codeblocks for free from either of the links above or from sourceforge.net.

2: After downloading the file, double click the .exe file and following the instruction you can easily set up codeblocks. While finishing the installation click run and first look of the codeblocks will be like 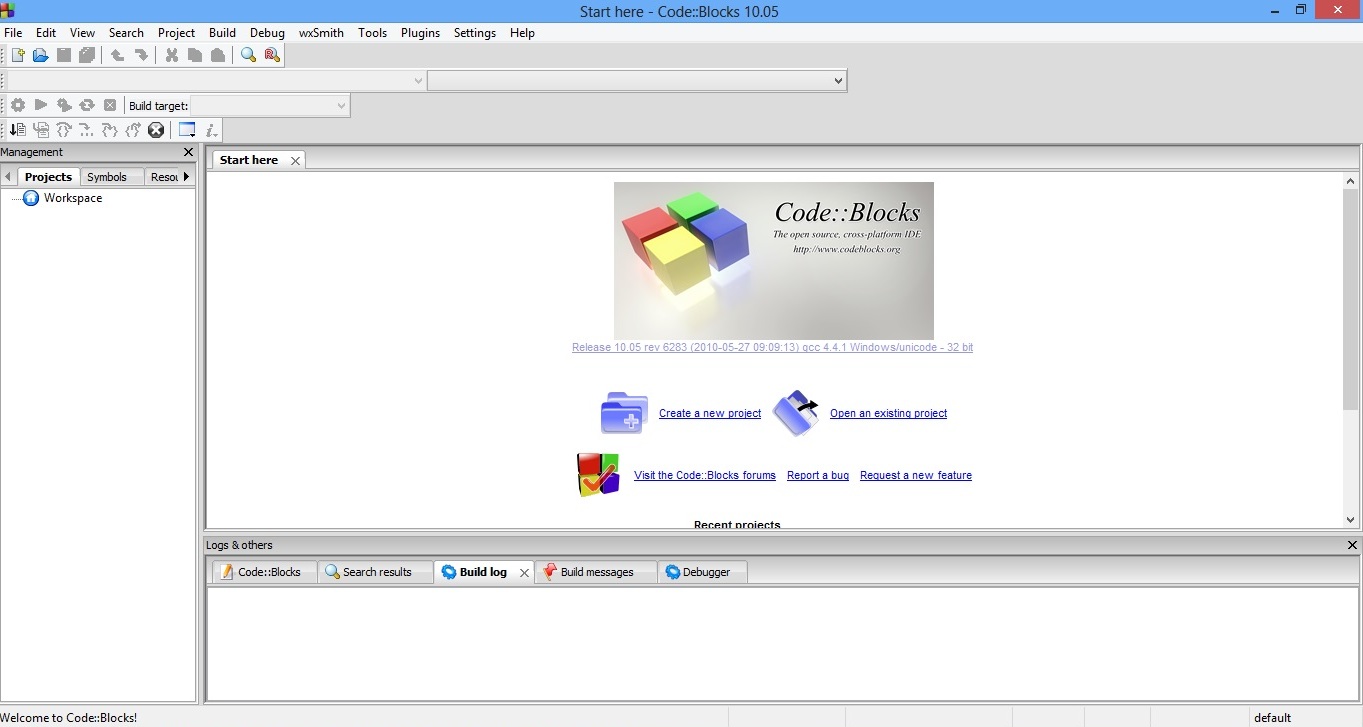 3: After then, to write your first program go to file>New>Empty File or you can press shortcut key ctrl+shift+N as in the following picture. 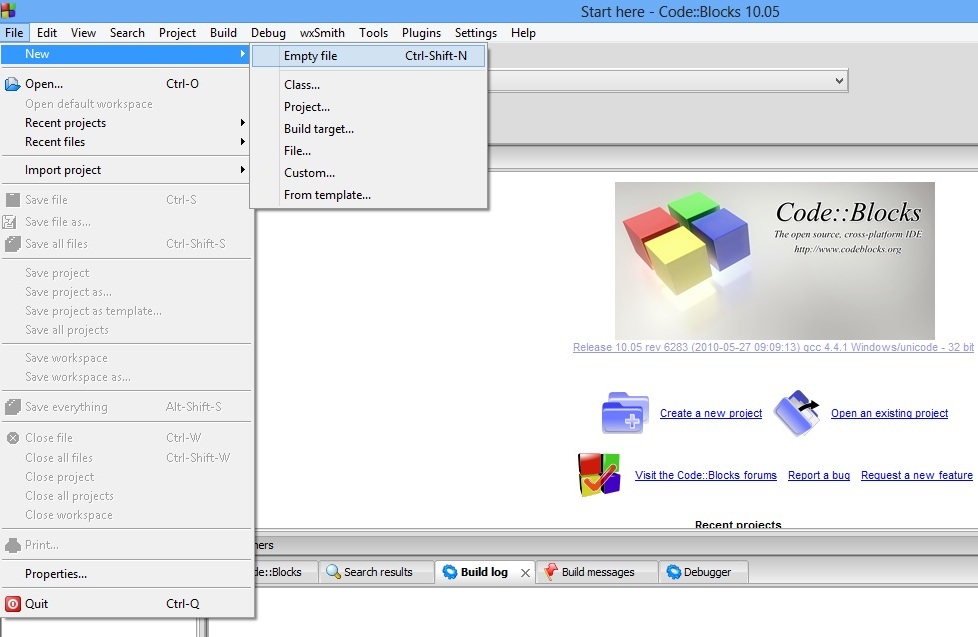 This codeblocks is pretty easy to download, install and use. Now that you have your compiler installed let’s jump to the tutorials of C programming.