In this article, you will learn about different C programming character handling library functions that are used for character processing. 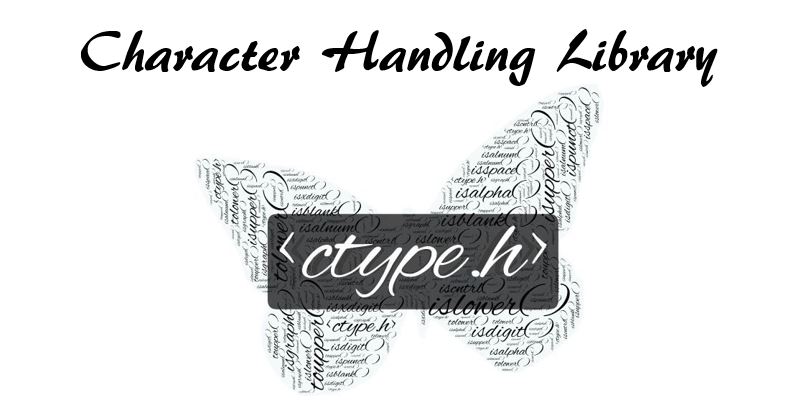 As we know that characters are the fundamental building blocks of every program.

For example, a is represented as 'a' which is actually the integer value equal to 97 in ASCII.

Similarly, '\n' represents the integer value of newline equal to 10 in ASCII.

This header include various useful functions for performing tests and manipulations of character data in C programming.

The function in <ctype.h> recieves an unsigned char represented as int or EOF as argument.

In C programming, character is a one byte integer.