In this tutorial, you will learn about batch file return code, what is a return code and how is it used in batch file programming. 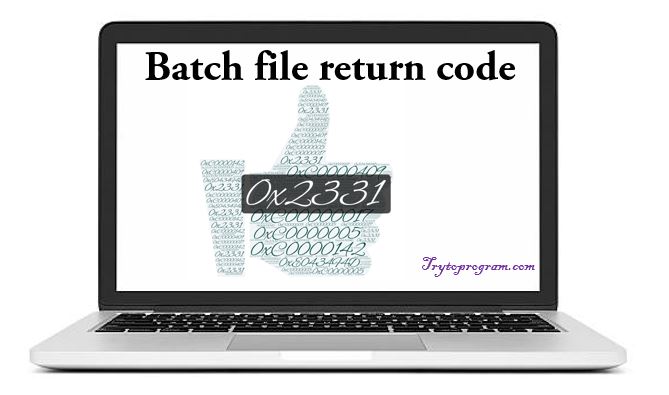 These returned error codes are also called exit codes. Almost all application or utilities return the exit code when they are complete or they terminate.

Following are some of the non-zero numbers (exit codes) returned from programs with their corresponding errors.

Now that we know about exit codes, the next thing is to know or check the return codes in our script commands. For that, environment variable %ERRORLEVEL% is used.

EXIT /B < exitcodes > is used to return custom return codes.

Here is a simple example to illustrate how to check error codes in a batch file.